2 Ways To Ending Engine Trouble. Same Problem. One by a lo-cost Treatment. One by costly repair. Both solutions worked well. 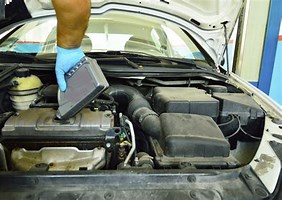 Two car owners with the same kind of cars, who drove in the same ways, but  took opposite ways to solve their problem.

One had a better home, enjoyed the finer things in life. The other had family and friends always helping him out of car problems.

He always has "bad luck," friends would  say, when ending engine troubles. He just couldn't shake them off.

The difference between the two men was not so much in education or bad luck as it was in how they looked at things.

One was timid and took little risk, and did things by the book. Yet, it always set him back, while the other was always look for ways to beat the book - and to use the savings  - when successful to pay down other financial needs - instead of drawing on future income to pay retail.

But the other, always seem to risk some shortcut way out of car problems, and seem to rarely have them - at all. Could these alternatives be ending engine troubles giving them the endurance?  I discovered they dd so.

This demo shows why they end engine troubles and  gear shift ones, too!

The history of these two types of people are repeated by millions every day.

This auto-repair-options.com site is my way to helping those who risk trying alternatives just what ones are street proven to try.  Spending time to read and order our options is what I and millions are doing to ending our engine troubles.

Automotive additives some keep gaining on the future with, others ignore and get buried by it.

Luck and fortune do not flow like a river, but rises and falls.

I believe its the same with my life of ending engine troubles, experiences show. There is no miracle product.

However, there are 2 ways to ending internal engine troubles having the same problem. Only a test of additives determines if its a shortcut. I'll walk you thru what my life founds worthy.

There are some who chose to get buried by the costlier. That's alright, too. However,  these additive solutions work 99% of the time - and I as  explain their actions and results, you can tell if they will work. That determines the difference in futures.

I'm like one of those two - who had an above average life, made by little alternatives giving gains hat add up.  And that is true of the way I treated my car problems - and, I'm a mechanic who does not go by the book for ending engine troubles.

Early in my life - I, like the one man above - always looked for "ways to beat the book." Shortcuts, less expensive ways to get me by - pushing the need for actual repair by months and years into the future.

The idea was to get by with something that helped me temporarily avoid costly engine repair. Do so in time until I found the ideal  solution.  Avoid the wrecking of my budget by avoiding the expense of repair - using additives to beat the book suggested way.

Every time I gained a years avoidance on engine and gear repair I was years ahead financial slavery. - ending my engine troubles by additives compared to  - going in debt for tens of thousands  - my goal. This meant learning  of them, trying them. They have a high success rate.

Some times... it was more serious, and had to go by the repair book - that cost me dearly - but, every time I learned what shortcut worked I gained by not have the budget hit. Such losses turned out to be an education in choosing better auto repair methods - and not to chose just chose just any ones repair offer blindly.

This chance additive alternative way of ending my engine troubles turned out to be a winner for a better life for me.

The chance way of ending engine troubles turned out to be a winner.

Early in my life I was hired by 3 brothers to sell a additives they discovered, and who build race cars, and sold the additives they found  that gave their race cars endurance and a winning edge.

PS: After a lifetime of  learning about additives, selling them to other mechanics who also tested for more profitable shortcuts using them, I came to writing down every solution I discovered or leaned of that worked everyday in the streets.

PS PS: These are the options those that risk taking shortcuts to reduce automotive problems from tens of thousands of dollars repair expense to hundreds  - find here as one different way to they auto repair options.  ...george