AUTO REPAIR OPTIONS
Cars and heavy equipment, as they age becomes a costly tens of thousands of dollar burden. My auto repair option shows you how to avoid them or end them with additives. For those who love the new-like perfection and trouble-free state in their vehicles, usage-- keeps retuning the like-new state at oil/fluid changes. The super hero option way to love your vehicles. End their problems. Keep their troubles away as long as you want to.
Menu

Why is my engine burning oil?

The truth is that most people will not have an engine that is burning oil during the course of their lifetime, so this is not the kind of information that most of us need.

But, if you have found that your engine is consuming oil, or you have been told during an inspection that it is on its last legs, before you consider purchasing a new engine or new vehicle. Try these tips.

Solutions that may help your engine end its burning oil problem.

Most people wait until their vehicles actually stops working before they ever consider repair or replacing it. While this may make short-term economical sense, the truth is that you are not only wasting a great deal of money in terms of lack of fuel efficiency. You may be speeding up failing of associated parts - they become noisey. This gives evidence to a buyer, or trade-in estimator your vehicle has a serious problem.  And is worth many thousands less.

The following offers special product tips tohelp you get pass its burning oil problem and return your older vheicles to their former never burning oil state.

Why does my engine comsume or burn oil when it didn't use to?

Answer:  As your engine ages, wear gaps, and dirty, less-effective internal oil controlling devices allow the motors oil to be sucked up into the combustion proces more easily, lowering its amount in the engine. Ciy driving, and longer oil change intervals speed up the causes years sooner.

Is it OK to use a "heavier motor oil" to try to reduce the motors burning oil problem?

Answer: Sure. Chose the next heavier oil grade during oil change intervals. The specs given in the manual and shown on the oil filler cap are for new engine servicing, when lube spaces are small. They say, 0w-10, 5w-10, meaning their molecules are smaller and can get into those smaller, less worn spaces. However, over 5 to 10 years wear, and dirty oil controlling parts lose oil control.  time to cause the problem. I find, many use  20w 40 designation means it molecues make a thicker oil. They are less likely to be suck away - in the combustion process like the smaller 0w -5, or 5w-10 motor oil molecues are. required whrn the engine has less wear and smaller spaces.  is and sent out the exhaust as a pollutant.

Sure: A good solution. It may not be time for a new motor. But a bit more than that mey be needed...

By the way, oil has a marble like shape. They roll to reduce touching and friction - and to provide a seal to prevent oil escape and burning. But friciton happens and roughens the metal and breaks the oil film, allowing it to draw into the combustion process. That is a feature to look for wheen selecting additives to end oil burning.

Oil aids and is needed to absorb heat as a coolant keeping surface rubbing hot spots cooler. Oil eventaally losses its ability to stay where it belongs. Other means can then be selected to help oil not burn.

If you engine burns oil and requires more between oil changes, it OK when you change oil, to specify you want 20w 40 grade motor oil to slow engine burning oil problems?

Things you can do to stop engine oil burning.

These are a few different reasons why people choose one method over all others to end engine burning oil problems, not least of which is because of being extremely effective, yet economical. 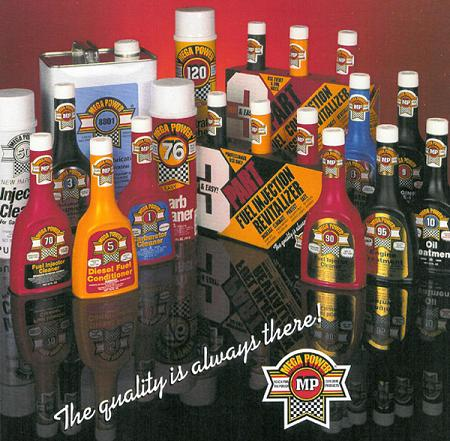 Mega Power provides an additive remedy to end burning oil engine problems; consider the best to do so.

Should You Consider An Engine Additive?

There are some auto repair shops who specialize in Mega Power Additives and not nescessarily always just a new engine remedy. They will be able to give you a good price on Mega Power's installation. Ask you mechanic to stock them for you. If do it yourself is not your thing.

While Mega Power Engine Treatment ends oil burning and many other engine problems. it is the ideal servicing products for tevery vehicle for the coming years. You will want Mega Power Engine and bumper to bumper servicing additives helping you add endurance while keeping future problems away, down the road. A product that adds endurance to the costly vehicles makes your life easier.

These are a few different reasons why people choose one method over all others to end engine burng oil problems, not least of which is because of being extremely effective, yet economical.